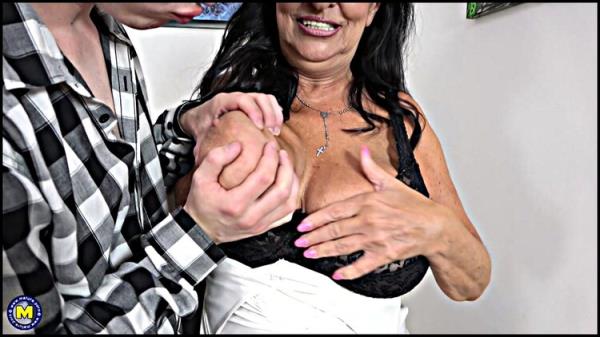 Khloe Kapri arrives home early from school, because her last class of the day got canceled. To her surprise, the hallway is full of packed luggage, and there's a handwritten note from her stepdad, Jay Crew. The note is addressed to Jay's wife (Khloe's other parent), and it says that he's leaving her!Jay then enters the hallway and is startled to discover that Khloe is home early. He sees that Khloe read his note and becomes embarrassed, saying he was supposed to be gone before anybody else came home. Khloe is heartbroken, and begs him not to leave her family. Can't he and his wife get couples' counseling or something?Jay says it's not that simple... he likes anal sex, but his wife says that his cock is too big for her ass. He loves his wife, but their sex life just isn't satisfying enough for him. Seeing a way to keep the family together, Khloe says there actually IS a simple solution, because SHE loves anal sex and would be happy to let Jay fuck her in the ass as much as he wants. Jay is shocked at first, but Khloe manages to convince him, and before long he's touching and exploring Khloe's beautiful body... including her lovely ass, of course!